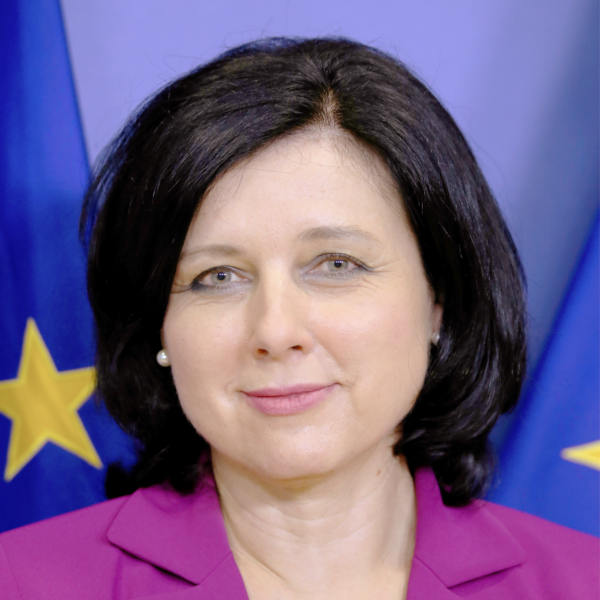 Ms Věra Jourová  is European Commission Vice-President for Values and Transparency   She was 2014-2019 European Commissioner for Justice, Consumers and Gender Equality. In 2014, before coming to the European Commission, she held the position of Minister for Regional Development in the Czech Republic. Previous to this, from 2006 to 2013, she worked in her own company as an international consultant on European Union funding, and also was involved in consultancy activities in the Western Balkans relating to the European Union Accession. In 2003 Ms. Jourová was appointed Deputy Minister for Regional Development, a position which she held for three years. Previously she worked as Head of the Department of Regional Development in the Vysočina Region, from 2001, and before that as Secretary and Spokesperson of the Třebič Municipal Office, from 1995 to 2001.

Next speaker
Lord Ahmad of Wimbledon