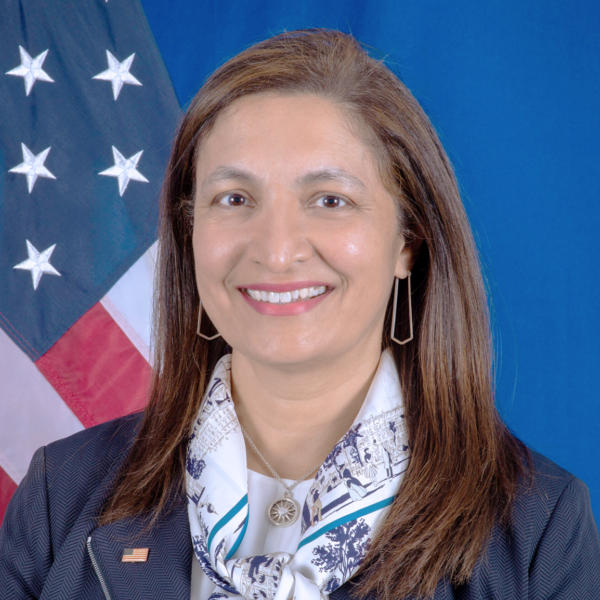 Uzra Zeya was sworn as Under Secretary for Civilian Security, Democracy, and Human Rights by Secretary Blinken July 14, 2021.  On December 20, 2021, Secretary Blinken announced her designation to serve concurrently as the U.S. Special Coordinator for Tibetan Issues. From 2019 to 2021, she served as president and CEO of the Alliance for Peacebuilding, a non-partisan global network of more than 130 organizations working in more than 180 countries to end conflict by peaceful means. During her distinguished 27-year Foreign Service career, Zeya served as deputy chief of mission and charge d’affaires in Paris; principal deputy assistant secretary and acting assistant secretary in the Bureau of Democracy, Human Rights, and Labor; chief of staff to the Deputy Secretary of State; political minister-counselor in New Delhi; and deputy executive secretary to Secretaries of State Rice and Clinton.  She also served in Syria, Egypt, Oman, Jamaica, and in various policy roles at the Department of State.

Under Secretary for Civilian Security, Democracy, and Human Rights
USA